Echoing the 26th edition of the Phonurgia Nova Awards, Phaune Radio is delighted to share with you some wonderful listening moments from the 2021 selection, during 2 special evenings:

>| Special Mention
This piece combines field recordings of natural phenomena, insect sounds captured in Luberon and Graubünden, and sounds created using a modular synthesizer. It explores the interaction between these sounds of disparate origins and the continuity of the forms they suggest. Sounds of microphonic origin and artefacts are deliberately mixed to emphasize this porosity from one world to another.

As a researcher in auditory perception and French sound artist living in Switzerland, Vincent is interested in the interaction between natural soundscape and contemporary artefacts, mixing field recordings and noise.

This creation offers a journey through the Cévennes, between Valleraugue and Puech Sigal, in the company of audio-naturalist Marc Namblard and three musicians – Michel Doneda, Ninh Lê Quan and Emilie Skrijelj. It combines the sounds of this walk and moments of musical improvisation both outdoors and indoors…

Musicologist, Anne Montaron has been a producer at Radio France for over twenty-five years. On France Musique, she hosts the shows A l’Improviste and Création mondiale (Alla Breve).

>| Prix Field Recording
Created as a part of a wider body of work (to be released on Cafe OTO’s in-house label TakuRoku July 2021) and created from field recordings in rural locations in Suffolk, UK, ‘Hoverflies, Reed Pipes, Cockchafers, Bullroarers’ unearths the sounds of the local marsh and woodlands and the multitude of life that exists there, as well as serving as an exploration of ways in which we can choose to both explore and interact with our surroundings. The piece features hoverfly species Syrphus ribesii which when resting on a leaf emits surprising but very quiet synth-like tones. Also audible in the work are reed pipes and bullroarers fashioned from found objects within the landscape and played in-situ. Through subtle collaging, spatialisation and musical symbiosis, a liminal space between real and imaginary worlds is opening.

Action Pyramid is a sound artist and musician based in the marshy edge-lands of North East London. His projects vary from site-specific sound installation and headphone based works for galleries and museums, to experimental radio works and commercially released music and compositions.
With a background in electronic music and audio production his creative practice involves using sound and composition to re-examine and reconsider our surroundings, looking at the relationship between ourselves and the nonhuman and our part in the wider ecologies of landscapes. With a multitude of recording techniques he also seeks to explore and re-interpret the often seemingly unnoticed and unheard elements of our surroundings.

Pablo Sanz, HIERRO
(20’06, Commissioned and produced by the Cultural Office of the Embassy of Spain in Washington, DC) Headphone listening.

El Hierro is the smallest and more distant of the seven main Canary Islands, a volcanic archipelago in the Atlantic Ocean, off the coast of Africa. Exploring its contrasting landscapes and sonic environments, the composition wanders through reverberating ravines, the interiors of wind-bent juniper trees, human- animal interactions, strong trade winds in deserted beaches, and the late-night cries of shearwaters nesting on cliffs.

Pablo Sanz is an artist, composer and researcher. His body of work includes site-specific and public art projects, immersive installations, multichannel live performances in the dark, exhibitions, releases, and pieces for broadcast and headphone listening. His practice is an open-ended investigation of listening, more-than-human agencies, aural vitality and otherness, with a focus on the limits and thresholds of perception and attention. Listening becomes a political act, intended to resist dominant tendencies in contemporary societies, cultivating alternative forms of being and thinking.

“Ecotherapy” was produced for an installation of the exhibition “Floating Between the Tropical and Glacial Zones.”(2021) This project combines the research results obtained from two seemingly opposite subjects: drift ice in the Sea of Okhotsk and the tropical rainforest of the Amazon. By using the contrast between ‘coldness’ and ‘heat’, and by combining the two, this exhibition aims to present a new perspective of our environment.

Kamimura’s extensive body of work includes sound installations, paintings, video works, sound performances, and audio-works – unveiled in venues both within Japan and abroad. Kamimura refers to the field-recording process as an act of “meditative hunting” – in the process, he acts an observer to the amorphous relationship between humankind and nature. Kamimura composes his sound installations by creating highly-immersive soundscapes, many of which draw upon our own biology to create unique sensory experiences.

This piece is an invitation to enter the heart of a beehive, to travel a phonic path, from the vibration of a single worker to the complex sound material, a sophisticated result of the social organization of the swarm, the architecture of a whole and singular organism. The plaintive songs of Caged Queens question us about the collapse of the colonies.

Naturalist artist and author of entomological works, his research and observations of the discreet world of insects inspire his multifaceted creations, giving us to see and hear the poetry of this little grass people.

>| Prix Découvertes Pierre Schaeffer
A newly constructed fence surrounds a water point in the Lyon countryside. At dawn, the birds take turns to drink. Their flights lead them to land on the barbed wire, giving rise to metallic resonances. This phonography reveals by surprise the traces of the musicality of the landscape.

>| Prix Archives de la Parole
François, aged 44, architect, speaks with a shrill voice that has never changed. He accepted it for a long time, without trying to understand its peculiarity. But in the spring of 2020, a meeting with a speech therapist decided him to start a therapy to change it. Today he addresses his two voices, the old and the new.

Alice Milot and Charlie Dupiot are journalists for RFI, France Culture and RTS. In June 2019, they created Post-scriptum, an independent podcast of “sonic letters” that give out impossible dialogues.

Mehdi Bayad is at the same time the author, the sound recordist, the editor, the mixer and the unique actor of this sound fiction. This creation is freely inspired by an essay by Jacques Rancière: The Emancipated Spectator.
Mehdi Bayad is the author and director of the radio dramas Lumière Noire, Bisou à demain and Rouge Vif.

>| Prix Art sonore
Out of the trauma of the Brexit referendum in 2016, The Voice Party was born. Standing in the UK 2019 elections, The Voice Party stands for everything that the mainstream parties do not and if elected would restructure the entire political system around the beautiful, truthful, harmonious and egalitarian laws of pure sound. The Voice Party is a political party, an opera and also musical/ artistic action with its own party manifesto that aims to overhaul the structure of society taking every aspect of political endeavour and reorganise them along the principles of pure music and sound. TheVoicePartyOperaBotFarm is a kind of Twitter troll that delivers a stream of multi-voiced operatic, multi-formed invective, advice and humour. Follow the botfarm sur @TheVoiceParty1.

Loré Lixenberg studied composition with Woolrich, Vores and Saxton, also masterclasses with Peter Maxwell Davies. She has performed internationally on concert platforms and galleries, opera houses, and has collaborated on experimental installations and vocal performances with visual and sound artists.
Loré Lixenberg presents herself as the leader of the Voice Party. Her works explore the porosity between digital, analog, political and psychological forms. 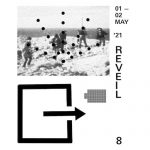 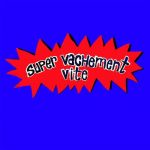